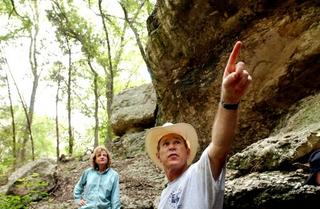 This morning, President Bush nominated Harriet Miers, his White House counsel and long-time friend, confidante, exercise buddy and ass-coverer, to be the next Justice on the Supreme Court of the United States. Following the Dick Cheney model of career advancement, Ms. Miers was the chair of the selection committee for a new Supreme Court justice nominee and selected…herself. This is an astonishingly spare choice, with little to no intellectual weight to bring to the table in terms of appellate experience, legal scholarship, or otherwise, that I have been able to find in my admittedly quick search. I’m trying to reserve judgment, since as an attorney I have worked with numerous lawyers through the years who were at or near the bottom of their class and yet made fine trial attorneys and had immense common sense and decency in how they represented clients, but I keep coming back to the common theme of the Shrub’s tenure in at 1600 Pennsylvania Avenue: cronyism.

Here’s the thing, the Supreme Court is the top of the heap for lawyers. To become a judge on the Court is to enter the highest position you could ever have hoped for as you slaved away in your law review cubicle. To reach this pinnacle of lawyerdom, most attorneys have spent time in the inner sanctums of power, serving as law clerks to federal judges or justices, working for public governmental institutions, and constantly challenging themselves by rigorous intellectual debates either in front of courts as an appellate attorney or via publication and debate in law reviews or other peer reviewed journals in the legal world, devoting the whole of their brains toward advancing our understanding of lofty constitutional principles and their intersection with our practical lives.

Harriet Miers has the qualifications of someone who gets appointed to oversee the sale of assets for a local school board or a state agricultural department. She was a managing partner at a large-ish law firm in Dallas, requiring keen administrative and money-management skills, I’m sure, but not exactly a position of substantial Constitutional scholarship. She was appointed by Shrub to a 6-year term on the Texas Lottery Commission, so maybe she’s good at picking numbered balls out of a spinning cage, if nothing else. Ms. Miers was a member-at-large of the Dallas City Council, requiring her to have inordinate amounts of patience for inanity, if my experience as a municipal attorney has any correlation, but again not exactly an intellectual challenge in terms of constitutional principles or anything, but more like a whole lot of people complaining about titty bar zoning ordinances and policing problems. And she was the first woman president of the Texas State Bar Association (okay, decent marks here, since she had to overcome the good-ole-boy network to get a leg up, but being able to position yourself politically has nothing to do with intellectual abilities in terms of legal scholarship and judicial temperament). Maybe she can organize a bingo night for the Justices if she gets confirmed.

Look, not to be intellectually snobbish about this (okay, I’m being intellectually snobbish, but for heaven’s sakes, it is the Supreme Court!), but she simply does not look qualified for this job at first glance. It’s good to be loyal to your friends. It’s nice that Harriet Miers and Shrub share a special relationship of exercise obsession, clearing brush, and saving his ass, but that doesn’t make her an appropriate choice for a lifetime appointment to the highest court in the nation. Sure, there have been a number of justices in the past who were never judges, but all of them were men of enormous intellectual prowess and a history of constitutional and historical scholarship: Abe Fortas, Felix Frankfurter, Thurgood Marshall to name just three, all of whom had substantial experience in appellate matters and/or a long history of intellectual challenge and rigor to their legal philosophies and careers. Harriet Miers has a long history of getting the Preznit out of trouble — she once represented him in a dispute over a fishing shack when she was in private practice (oooh, mentally challenging, that). The President has done the familiar for him, gone to his inner circle to reward one of his cronies.

It’s one thing to be loyal to your buddies, it’s another thing to put that cronyism mentality ahead of the rest of the country’s interests. She may be a pit bull in size six shoes, as the Preznit has famously said at one point or another, but Harriet Miers just doesn’t have the experience necessary to make it onto the Court. And any honest conservative legal scholar out there will have to agree with me on this one. (Hell, Jonathan Turley, said as much this morning on the Today Show.) Look, I have been in the room where the Justices sit and discuss the cases as they decide positions on arguments before the Court. Simply standing in the doorway and looking at that long table and those spare chairs brought tears to my eyes, there is such a feeling of awe and history in the room — this was the inner sanctuary where so many landmark rulings had been decided through the years. I’m sorry, but I just can’t picture Harriet Miers in that room. Her brush-clearing and ass-saving skills aside, she just doesn’t have the heft.

[Thanks to Jane for allowing me an occasional post here. This is my first. Please be gentle with me.]

Update: Looks like there is a similar feeling around the blogosphere and in the MSM punditry, as in the WaPo’s Achenblog and David Corn at The Nation today. Do you hear that loud sound? That just might be James Dobson screaming at Karl Rove. Guess we’ll see, as I still don’t trust this bunch not to try some sort of double cross maneuver with a half twist.

Update #2: This just in — hell has frozen over. Michelle Malkin and a whole host of other conservative pundits and analysts agree that Miers is an underwhelming pick, at best. Brrrr….

Update #3: And now The New Republic serves up a slice of vinegar pie for the Dobsons and the neocons. Word is that Cheney is going on Rush’s show today to defend the nomination because the GOP shit has hit the fan. Note to self: take a peek at the transcript of the show, if it ever surfaces, because the angry evangelical callers should be amusing.

Update #4: Chris Matthews just reported on MSNBC that Dick Cheney was told about the nomination by an aide to the President and not the Preznit himself, and that the WH is shopping that fact around on background with reporters today. What’s that about? Why expressly tell reporters that Cheney is out of the loop, at least by a degree or so? Is Bushie feeling the need to show he is his own man, or is Cheney being cut out of the loop?

Update #5: The Rush transcript is up here. Is your nomination in trouble if you have to bring in Dick Cheney on the day of the nomination to reassure all the wingers by saying this:

“THE VICE PRESIDENT: Well, we’re working on it. You’ll be proud of Harriet’s record, Rush. Trust me.” (emphasis mine — and on a cold day in…oh, wait a minute…)

Update #6: Okay, now I am LMAO. I can’t figure out how to do the trackback thing here, so I apologize up front for not using that in this update, but I had to share this with everyone. You must read this! Mwahahahahahahahaha!

As a lawyer, you don’t want to argue before a judge who you know has already made up their mind before you even file your brief or make your client’s case during oral argument. That said, they are called legal decisions for a reason. What you really do not want is someone who dithers over a case for so long that you don’t get a decision until your business client has already had to file for bankruptcy, or your criminal client has already served, in full, the sentence to jail you were appealing, or…well, you get the picture. Sure wouldn’t want to be the death row inmate up for appeal the night Harriet “Can’t Make a Decision” Miers was the Justice on call, I can say that much.